Fingerprints of the King 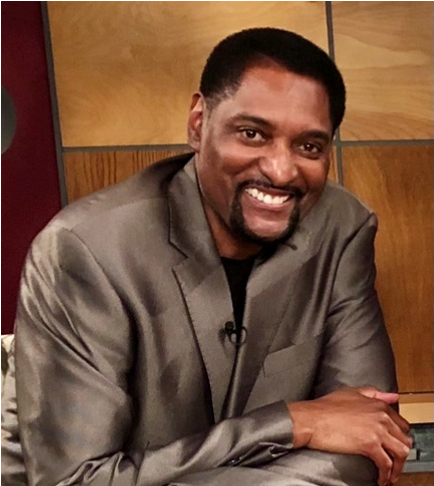 This essay by Rev. Alvin C. Bibbs, Sr. is a part of our blog series, A Celebration of Diverse Faith. To learn more about the work we do with faith communities and get involved, click here.

The Road to Opportunity & Prosperity

The Cabrini-Green Public Housing Development in Chicago is one of the most famous public housing projects in the U.S. This neighborhood was once known by many titles; maybe the most infamous is “Little Hell,” due to the overwhelming stench and sight of People’s Gas Light & Coke Company factories on the riverbank. This neighborhood was once occupied by over 20,000 residents, primarily of African-American descent, who transitioned and traveled from the segregated South during the great migration. One of those families that traveled from Mississippi happened to be mine—The Bibbs Family.

My dad was an unskilled worker who dropped out of school after third grade to work on the railroad and pick cotton to help support his siblings and parents. My mother also dropped out of school to support her family. The two met and married in the backseat of an old Cadillac and decided they had had enough of the Jim Crow segregated South. They headed north to the land of opportunity and to what they thought were better living conditions to raise a family.

Upon arrival in Chicago, my parents decided to move into the Cabrini-Green Public Housing Development, which, at that time, was a much better living environment than the under-resourced and under-served conditions found in the west side communities. The Bibbs decided to begin their family, and I, Alvin Cartel Bibbs, was the youngest of their five children.

In 1967, Dr. King announced his resumption of regular speaking engagements in Chicago. While there, Dr. King met with committed civil rights leaders to evaluate the progress of ongoing programs, lay the framework to end slum neighborhoods, and support the street sanitation workers’ low living wages.

In addition, Dr. King made it a priority to speak to at least three different churches while in the Chicago area. One of those churches was Wayman A.M. E. Church, where my family were members and worshipped. Wayman African Methodist Episcopal Church had a rich history dating back to 1889 for multiple decades, and served residents of the Cabrini-Green Public Housing Projects.

My parents were leaders in the church and regularly met with Senior Pastor Jesse L. Cotton. During one particular meeting, he shared that Dr. King was considering a visit, and he quietly desired to spread the word. Since my parents knew of this news ahead of time, on the day Dr. King was scheduled to appear, my parents ensured that the family arrived early and had great seats in the third-row center pew! Our apartment complex was located directly across the street from the church, so we did not have to travel far.

The time arrived for Dr. King to visit Wayman Church, the sanctuary was packed, and the streets were crowded with people everywhere as far as you could see. Finally, the church doors opened and Dr. Martin L. King, Jr. and his armor-bearers came into the sanctuary and made their way to the pulpit. I sat on my mom’s lap due to the huge crowd and limited seating available; my mother wanted to make sure that I could have a direct look at Dr. King.

Dr. King delivered another inspiring and powerful message. I can remember the non-stop hand clapping that was taking place as he reached the pulpit. At one point it was so loud in the sanctuary I remember covering my ears until it stopped.

Fingerprints in the Afro

At a crucial point in the message, Dr. King began to challenge the congregation to take responsibility for the future, their families, their community, and most importantly, the next generation of young leaders and non-violent freedom fighters. To make his point more vividly, Dr. King pointed out into the crowd for a specific young child to come forward and stand next to him as an example of one of those future leaders of which he was speaking. Feeling bashful and somewhat overwhelmed, that young child would not come forward or leave the comfort of his mother’s lap. Yes, that young boy Dr. King pointed to was me! I remember hiding my head on my mother’s shoulder because everyone was looking directly at me.

At the end of the service, we were blessed with an opportunity to approach Dr. King. During this moment, Dr. King asked my parents if they would mind if he said a prayer of blessing over my life. Of course, my parents agreed, and the next thing I remember was this short and stocky pastor with huge hands by the name of the Rev. Dr. Martin L. King, Jr. placed his right hand on top of my neatly shaped afro and said a prayer of blessing over my life and leaving his fingerprints in my neatly shaped afro.

I still get goosebumps and teary-eyed today thinking about it. That moment shaped my life forever, and I walked around the Cabrini – Green community for weeks with his fingerprints in my afro, and all my friends would ask me to shape up my afro! My reply to them repeatedly would be: “No, you don’t understand! I have been blessed by the KING!”

The following year (1968), Dr. King was assassinated in Memphis, TN, and my community turned into a war zone. The mayor of Chicago ordered National Guard troops to police my community for safety purposes and to keep potential rioters indoors, but that failed miserably. The hopes and dreams of millions of African Americans who believed equal rights and complete freedom were right around the corner under Dr. King’s leadership quickly faded away. Unfortunately, along with the lives lost during the dreadful riots across the country after his death, much hope was also lost. Many cities and communities never fully recovered after the tragic death of Rev. Dr. Martin L. King, Jr., but my life was forever shaped by that moment when he left his touch on me.