We Don’t Talk about Bruno 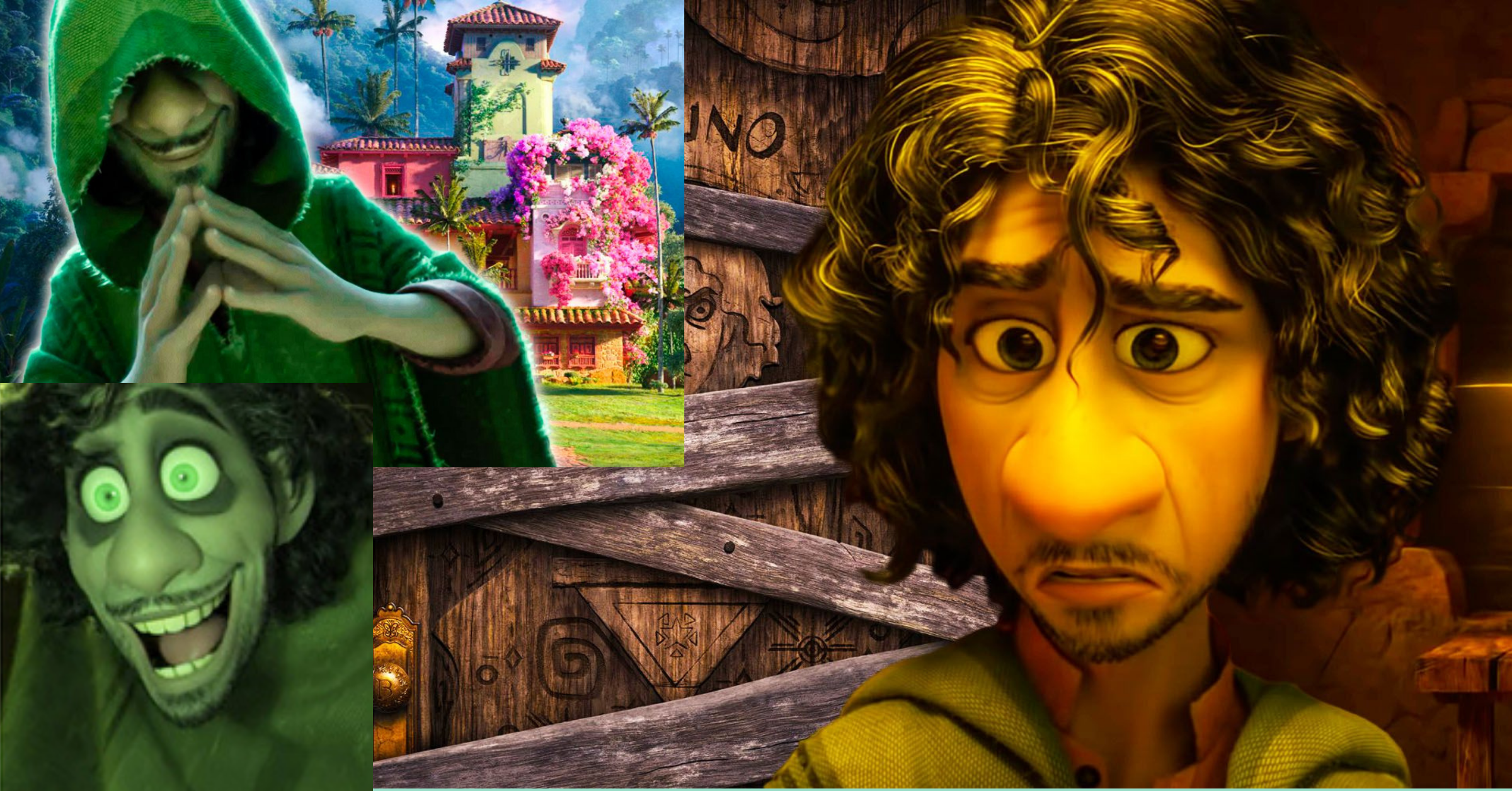 For those unfamiliar with Encanto, the main story plot centers around the magical family named the Madrigals who live in Colombia. The family’s magic powers come from a candle they continuously burn. Each family member has a magical ability to help the town. Their special powers include talking to animals, possessing super strength, healing people, and controlling the weather.

At the movie’s start, the protagonist Mirabel sings about each family member and their powers. We discover through song that her sister is “ the perfect Golden Child,’ and that her Uncle Bruno is someone that no one ever talks about because he disappeared shortly after Mirabel’s fifth birthday and became a source of angst for the family. Bruno’s power was the ability to see into the future.

While family members believe Bruno is no longer around, the viewers soon discover that Bruno never left but instead has been secretly living in the family’s house to keep a close watch over his loved ones and help out when he can.  Bruno’s gift of prophecy leads some of the movie’s characters to believe he purposely ruins their plans. In particular, his sister Pepa, whose superpower is to control the weather, blames Bruno for causing it to rain on her wedding day.

Bruno can tell how stressed Pepa is and says (well, sings, because it’s a Disney movie), “Pepa, I’m sorry ‘bout your wedding; didn’t mean to be upsetting. That wasn’t a prophecy, I could just see you were sweating, and I wanted you to know that your bro loves you. So let it in, let it out, let it rain.”

Why did you do that?

Pepa mistakenly thinks Bruno’s motives were malicious when, in reality, he was just trying to help his sister.  This situation is an excellent example of what neuroscientists call motive misattribution. Motive misattribution is when we think the worst about the motives of the person on the other side. This can lead to serious and even toxic polarization. Because Pepa assumes Bruno’s motivations are malicious and her family was so hurt by it, she decided once he left that she would never talk about him anymore, as if he never existed.

Throughout Encanto, we see how both the townsfolk and the family think about Bruno.  They see the very worst in him, so much so that the family no longer talks to him or even about him. People have assumed the worst about him. This is seen in how folks talk about him and also through his nephew Camilo. Camillo’s magical power is shapeshifting, and he transforms himself into Bruno when Camillo sings his part in the song “We Don’t Talk about Bruno.” He depicts Bruno as a giant, evil character with haughtily palish skin and scary green eyes; a veritable monster who uses rats to do his bidding.

When the viewers finally meet the real Bruno, we find out how far off Camillo’s portrayal of him is. In fact, we discover how much of a hero Bruno is; he has stayed at the family’s house, working behind the scenes to keep the house intact.  Bruno could have chosen a different path — Both the town and his own family portray him as the villain, so he had every justification for leaving. But instead of listening to all those who did not understand his motives, he chooses family.

Why do we assume the worst about our neighbors?

Because toxic polarization stops us from working together to make positive things happen in our families, congregations, and communities. Just as Bruno decided to stay to protect his family and Mirabel chose to try to mend her relationship with her sister, we, too, need to think about how we can work with others with whom we might disagree.  How will we commit to working together to better our communities?  How can we avoid allowing toxic polarization to affect our families?

The main character Mirabel and her sister Isabella don’t get along. They bicker and they do not like each other. Isabella belittles and mocks Maribel throughout the movie because she doesn’t have magical powers like the rest of the family. Isabella is seen as the perfect granddaughter, and Maribel is seen as the family’s black sheep.

Bruno prophesies over Mirabel, seeing her standing in front of their house as it crumbles and is destroyed. This prophecy implies the end of the magical family. He shows her that the only way that Mirabel could stop the house from imploding is if she hugs her sister Isabella in front of their enchanted candle.  Mirabel stares at the vision in disbelief, contemplating the self-sacrifice she will have to make in order to rebuild that bridge and work together with her sister.

Ultimately, Mirabel decides to reach out to her sister and the rest of the family to save the magic of the Madrigals, and her brave choice to mend fences also allows Bruno to rejoin the family.

The work of the One America Movement

When we believe that our side acts with good intentions while the other side acts with bad intentions, we approach conflicts and collaboration with unease, making it almost impossible to engage with them productively and seek common ground.

Motive misattribution leads to serious and even toxic polarization. If we all come to the table assuming the other team has bad intentions, we are creating barriers to positive communication with members of society who are different from us.

When there are societal needs in our local community (homelessness, illegal drugs, etc.), everyone needs to be able to work together to solve these problems without being suspicious of the other side. Wrongly assuming what the other side is thinking creates roadblocks to service, which could otherwise be positive and productive.

The One America Movement’s mission is to build a united American society by eliminating toxic polarization. Our vision is a resilient, strong, and united country working together to solve our common challenges. We believe it is the only way forward.

“Lay down your load, we’re only down the road.” All of You from Encanto