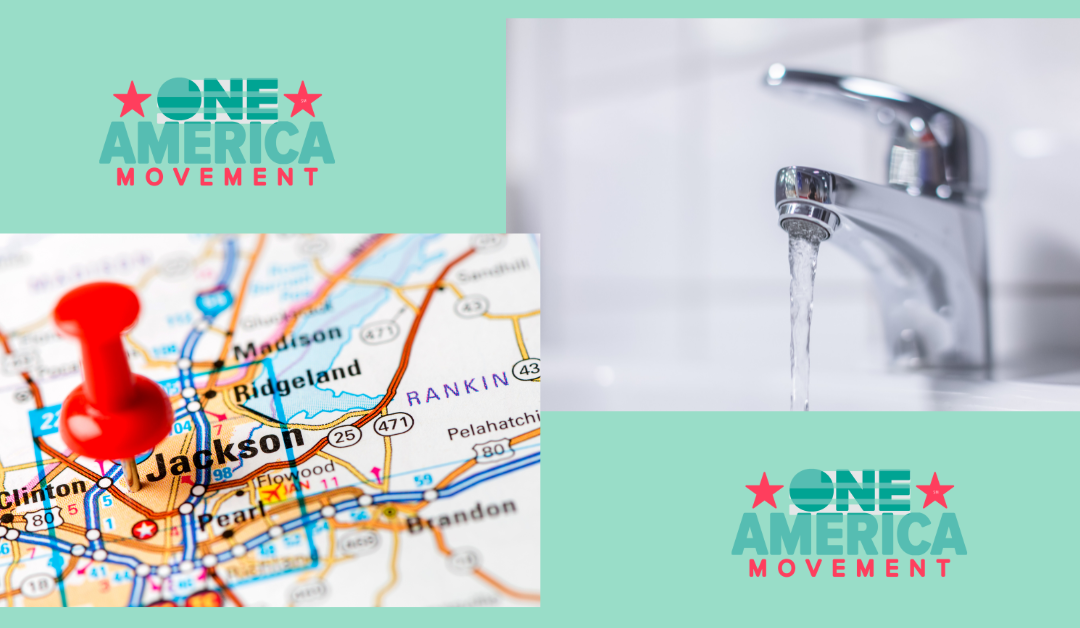 How the Jackson Water Crisis is Bringing Faith Communities Together

The One America Movement is a national nonprofit confronting toxic polarization in our society. We equip faith communities to confront division and work together across political, racial, and religious divides to solve problems that matter. Jackson, Mississippi, is one of the geographic hubs in which we are now working. Our Jackson Outreach Manager is LeVettea Davis, a lifelong resident of Jackson, and she shares her thoughts below about the current state of toxic polarization in her area.

The Water System Crisis in Jackson

The media spotlight on the Jackson water system crisis has brought to the forefront what many who live in the city have known for many years. Jackson has experienced many adversities long before the ongoing water crisis. For years, Jackson has had social, racial, economic, and religious problems. The troubled history of the water infrastructure in Jackson dates back to the previous mayors, such as Dale Danks Jr., the mayor at the time of the 1979 Flood of Jackson. Jackson was not prepared or equipped to handle this disaster at this time. According to the Mississippi Emergency Management Agency (MEMA), at the time of the 1979 flood, the estimated cost of damages was $350 million, equivalent to about $5 billion today.

But that is still just a fraction of the challenge on the national level. A 2020 study estimates that $2.2 trillion needs to be invested over the next two decades to address the national infrastructure shortfalls. Much of those funds will need to come from the federal government, according to the study. After the City of Jackson’s Mayor Danks and subsequent mayors allegedly misappropriated the government funds for infrastructure, none of those accused have ever publicly addressed citizens’ concerns about where the funds were appropriated. Instead, there has been political finger-pointing and unproductive name-calling.

Many problems concerning our religious leaders in the Jackson area are incredibly stressful to the constituents of Jackson and surrounding areas. Some in leadership positions in local congregations have done things that some consider shameful and humiliating. It has felt as if political leanings have hampered the way some leaders serve their communities or congregations.

Another disturbing trend is that some evangelical denomination churches that had previously moved away from the predominantly Black neighborhoods have now returned for what feels like all the wrong reasons. Many residents of despaired neighborhoods view these churches as inauthentic and unsympathetic to the needs of the communities.

Residents want a solid plan of action for a growing city. They want to know where the funds allocated for infrastructure are and who will be held accountable for the missing funds. Jackson needs surface repairs and new or gently used pipes for our sewer systems. The latest water crisis has intensified the eminent need for fundamental community issues to be handled appropriately and accurately.

Health, food, housing, and even gender disparities exist in predominantly Black neighborhoods. Jackson is not the only community in America dealing with these issues. Still, in our predominantly middle-class and white neighborhoods, it appears that revenues and funds for securities are available that aren’t given to others. This disparity has brought down the morale of the city of Jackson.

Solutions for the City

Here’s the bottom line: We love our Jackson. We chose to live here and raise our families here, and we do not want to leave.

We want to find tangible solutions to the current challenges. In working with the One America Movement, I have now discovered the importance of engaging faith communities to help solve problems that matter.

All Mississippians, especially Jackson residents, should unite to turn things around in all areas (socially, economically, racially, politically, and religiously). Our pastors, rabbis, imams, and other religious leaders are willing to have bridge-building meetings and are becoming more and more open to working together in boots-on-the-ground ways.

Most faith leaders have the power, voice, and connections to hold our city leaders accountable for repairing the infrastructure. These same religious leaders should be able to come together and propel our community leaders to present a plan and follow it to improve our infrastructure. Because so many of our local politicians attend religious services on a regular basis and often stand before the people requesting votes, the relationship between religious leaders and the politicians serves as a solid stepping stone for paving the way to change. I desire for our city to be and do better.

The Role of the One America Movement

To put these frustrations into a positive form of action, one such event facilitated by the One America Movement was a Juneteenth event that brought some of Jackson’s prominent leaders from across religious, racial, and political divides together to delve into some of the past social and racial issues that Jackson has experienced. This event focused on the history of Juneteenth, racial, social, and economic disparities across the US, and on Mississippi residents. It was a huge success, and many new relationships were formed. Since that event, subsequent meetings have been held, and projects for change are being planned.

The voices of Jackson’s residents and religious leaders are essential and should be heard through a united front line of leaders.

The leaders with which I have worked so far in Jackson have bought into the vision of the One America Movement, which is to build a resilient, strong, and united country working together to assist in solving our common challenges and eliminate toxic polarization. They love the work and are willing to be committed for the long term.

The One America Movement begins on the ground, within specific religious sectors, providing educational tools on the science of toxic polarization, the divides within the congregations, and how to see each other’s beliefs, values, and perspectives. Our goal is to help others work together on issues that matter in our communities and congregations without having a blind eye or cold heart towards each other. I look forward to helping my beloved Jackson rise from the latest crisis and become even stronger.

More stories from the One America Movement

How the Jackson Water Crisis is Bringing Faith Communities Together

The water crisis of Jackson, MS, has revealed a deeper challenge for the community. One America Movement’s Outreach Manager LeVettea Davis is actively working with Jackson’s faith communities to help reach across divides and solve problems that matter. 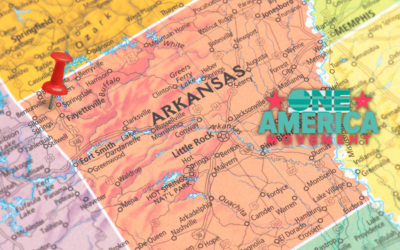 The Regional Outreach Manager – Northwest Arkansas will lead the expansion of the One America Movement program activities beginning in Washington and Benton counties and stretching to areas around Northwest Arkansas. 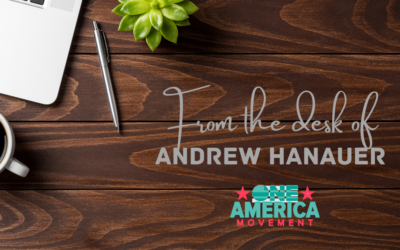 The solution to toxic polarization isn’t a training or a program. It’s bigger. 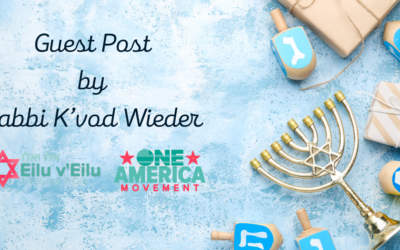 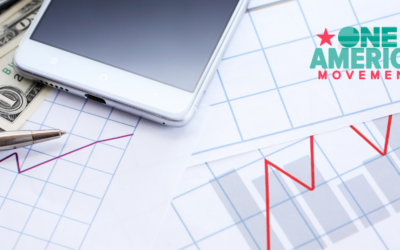 The Development Coordinator will work closely with the Development Team to organize day-to-day development processes for our growing organization to obtain funding from various sources, including foundations, corporations, high-net-worth individuals, and online giving.

The Communications Director (CD) will lead the development and implementation of the One America Movement’s communications strategy, shaping the central voice and messages of the organization, identifying appropriate channels for communication, and supporting the Programs and Advancement Departments to meet the mission to eliminate toxic polarization.